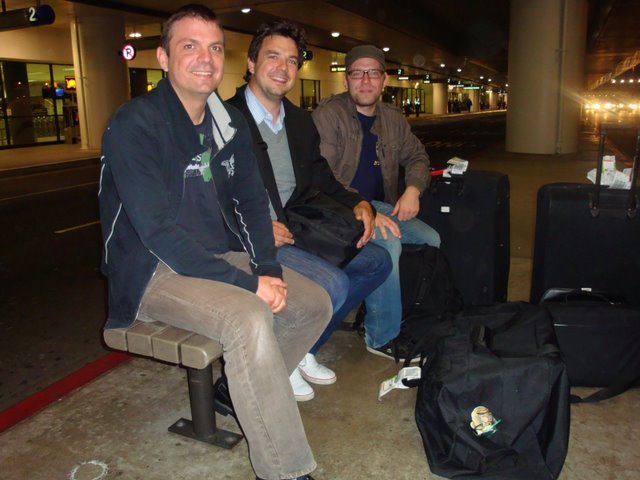 The TechEd conference of 2009 is kicked off. I am attending with two colleagues from D60, Thomas Garp and Henrik Drachman.

I really had high expectations to this one. Finally we were going to end the battle between the T-SQL and SP guys. The panel discussed the various problems with both methods of SQL access, including performance, security and application architecture. The conclusion was, that there is no conclusion. The stored procedures are better in ways of security, performance (Both by using compiled execution plans and by lowering the actual network trafic) and gives a better application architecture by separating the datalayer completely. On the other hand, using T-SQL provides a flexibility that cant be provided by SP’s. A final comment was, that SP’s should be used unless there is compelling reasons not to do so… I think I can agree on that one.

Keynote
This years keynote speaker was Bill Veghte, who spoke about Win 7, Windows Server 2008r2 and other stuff. The keynote provided a few interesting point but it was largely a waste of time. The highlight was the announcement of shipdates for win 7 and W2k8r2 before christmas.

A lap around MS Asp.Net 4.0 and Visual Studio 2010
This session covered some of the new functionality in VS 2008. Especially snippets for HTML and improvement of the way ASP.Net markup is written was demonstrated. This will give a significant lift to the way HTML and markup is written.
There was a lot of demos of Ajax, Data access etc, but nothing really interesting. The best announcement was the introduction of the ability to have a debug and production web.config file in a project. ABOUT F…ING TIME!

Developing SharePoint solutions with the VSeWss3.0 1.3
Version 1.3 of the VSeWSS 1.3 is in a CTP and soon available. In VS 2010 these tools will be build into the development environment.

In version 1.3 there is a number of changes: A number of deployment settings have been added, most of the resembling the Carsten Keutmann tool. These tools will probably be the stuff that will make the VSeWSS usable 🙂

There is also functionalty to rename features, moving files etc in the dev. environment.

Most important is that the VSeWSS now can run on a 64 bit machine. This functionality is very much needed. There still isn’t a visual designer, but that should also be part of the Visual Studio 2010.

Thats it for the commercials in this event… The rest was demos and lots of usable code examples. There wasn’t really any earth shaking news, but still good be confirmed in the strategy im using when developing solutions for MOSS-